Your Firearms Are Useless Against Them!

Sometimes you need to make your own fun at a Nationals game.

Watching a game earlier this summer (I'm thinking June), I noticed there were a bunch of bugs swarming around the upper deck near where I was. I didn't think much of that; DC in the summer is Bug Central. Then the swarm moved a little closer to where I was sitting. 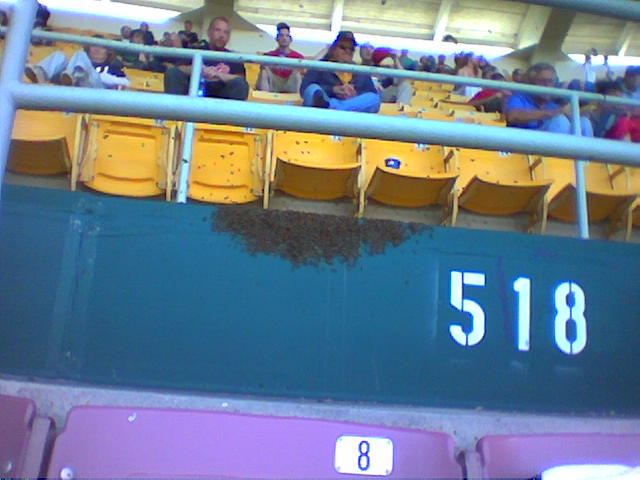 Apparently a hive was on the move, and decided the wall a row behind me was a good place to take a breather. I wasn't really bothered by it; for some reason bees don't creep me out like other bugs do. Every once in a while one would land on me and wander around a bit, then take back off.

Then I noticed that my friend and I were the only people within about a 10-seat radius. Cool with us; we got to spread out and put up our feet. 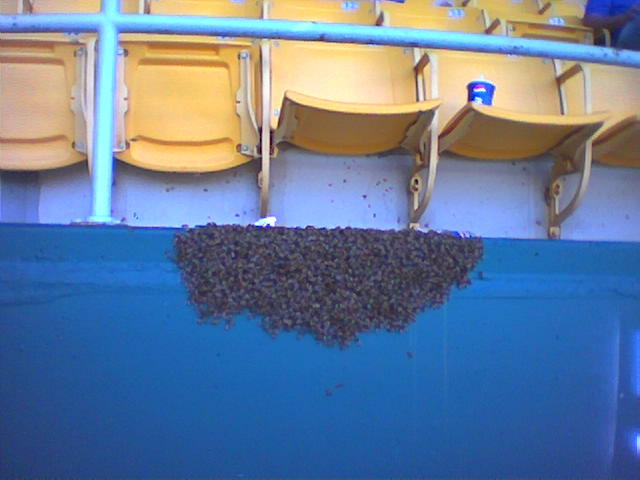 Now if I'm remembering right, that cluster there means the queen was on that wall and wandering around. I wouldn't think that would be a suitable place for a hive, but the bees probably know better than I do. I didn't see anything about the little show in the newspaper, so I have no idea what was eventually done with the would-be hive.