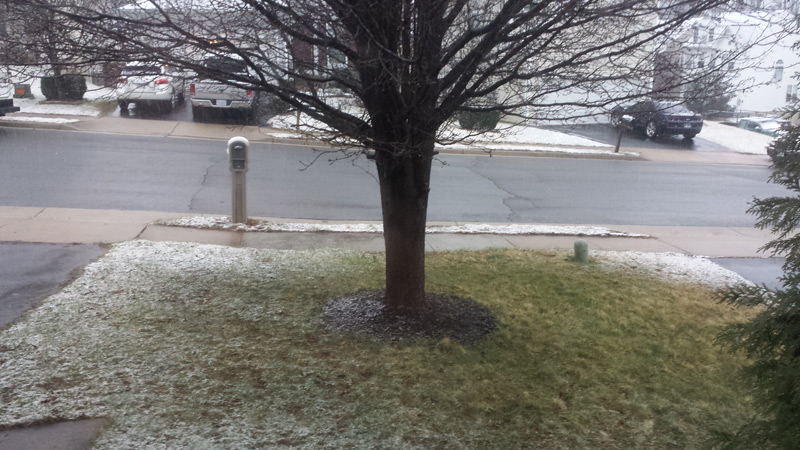 "Getting awfully tired of your shit, Mother Nature."

Inspiration Comes at the Strangest Times

I didn't mention it much, but I had a pretty nasty sinus infection over Christmas. I basically had about three meals' worth of food between the morning of December 25th and lunchtime on December 29th.

Needless to say, I lost some weight while I was running on about 500 Calories a day.

With my appetite already shot to hell, and already being about eight pounds lighter, I decided that I'd get a slight head start on a New Year's resolution and try to lose some weight the right way. Diet and exercise suck, but being horribly ill sucks more.

I honestly haven't changed much: All I've really done is cut out a large chunk of carbs. Not like Atkins or South Beach, but I'm eliminating the ones that aren't strictly necessary. So, burrito bowls instead of burritos (that tortilla shell is the size of a large roll), cheese sticks or pepper poppers instead of fries, and so on. The idea being, if I eat 200 Calories of protein instead of 200 Calories of carbs, I'll be fuller longer and not end up eating another 200 Calories of carbs later on.

So far that's been borne out. I'm snacking a lot less than I used to. On the other hand, the only protein-rich snack that isn't terrible is jerky, and that gets a little expensive. Works, though, and it's a damn sight better than protein bars. For sweets I've even gotten to the point of making up berry-and-milk smoothies.

But wait, there's more! Since the beginning of Daylight Saving Time pretty much coincided with it getting warmer, I went from walking the dog maybe once a weekend to twice a day and three times Saturdays and Sundays, weather permitting. Which amounts to a jump from 1/3 mile a week to about 12 miles a week if we don't get too much rain. Not a whole lot in terms of Calories burned -- the old amount comes out to about 60 while the new would top out at about 1000 -- but still better than nothing.