There probably won't be a whole lot for me to say about the weekend after it's over -- this year's Katsu looks to be a lot smaller due to venue -- so I'll try to remember to do an update before I leave for Crystal City in the morning.

Update on what, you say? My first foray into the world of cosplay. I'm dressing up as Dr. Venture for the weekend. So Friday morning I have to turn myself into Dr. V. Expect updates and pictures mid-morning.

(Apologies for the substandard Photoshoppery at right; the trackpad is not the instrument of choice for such things.) 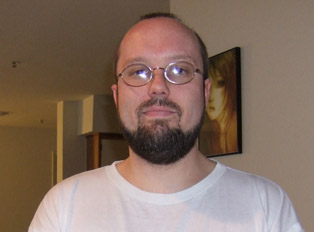 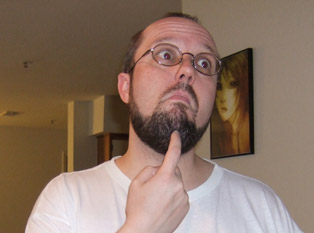 Here I am right around 7:30 this morning, just as I was heading into the bathroom to begin my "transformation". On the left you can see me practicing being a smug bastard -- I have to play the part! -- and on the right the realization of what I'm about to do sets in. That, or I'm being a twerp. 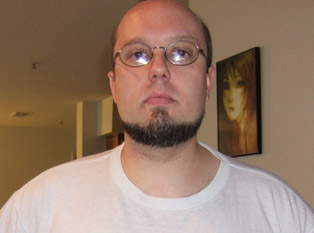 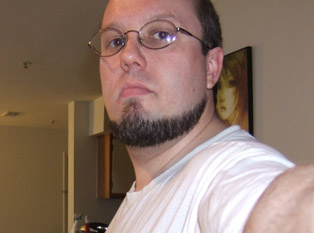 And here I am 20 minutes later with the beard shaped. It doesn't look half-bad, though I doubt I'll keep it in that state after the con. This is it; I can still bail now if I come to my senses. I mean, just shave the rest of it and go on like nothing ever happened. Sure, Dave would be upset that he went through the trouble to make a Monarch costume, but it wouldn't be the end of the world. 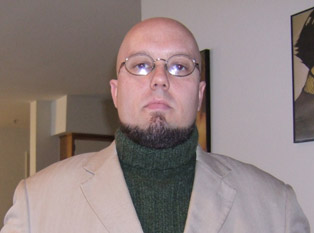 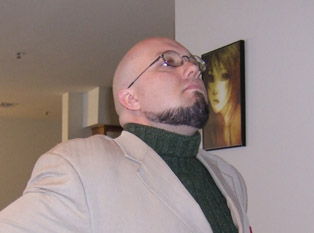 But hell no. I made this decision and I stuck with it. Between the clippers and the shaving, this part took 40 minutes -- meaning I'm not likely to keep this style up. Making sure I got all the patches on the back of my head was a real pain in the butt. Oh, and the lack of hair? Feels totally weird. My scalp is a high-friction surface now. But I kinda like the look, actually.

And, here I am, mimicking the disgruntled pose that started this whole post. Look way back up to the top, then back here. Do ya think people will know who I'm supposed to be? 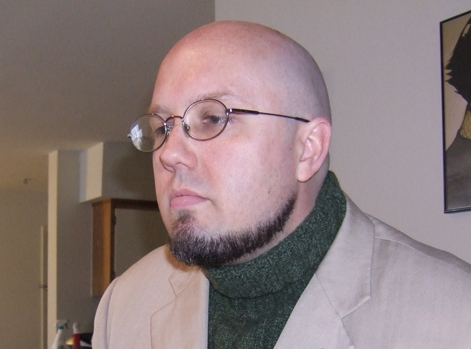